Limestone deposits here furnished lime used in the production of iron during the American Revolution and throughout the 19th century. By the 1820s this open pit was a quarry owned by U.S. Congressman Wilson Nesbitt and was on a large tract including Limestone Springs, which later became a popular antebellum resort. Limestone Springs Female High School, founded in 1845, became Cooper-Limestone Institute in 1881 and Limestone University in 1898. 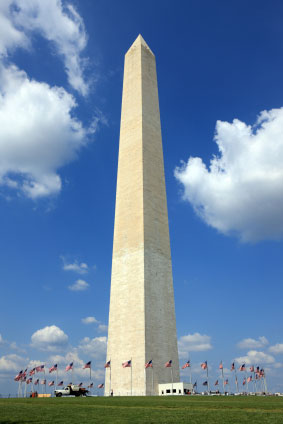 This quarry, often called "Nesbitt's Quarry," was acquired by the school before the Civil War. Sold to help pay debts in 1883, it operated until World War I, when it was closed and filled with water. It reopened in 1933 after pumping the water out, mining limestone and producing lime until the deposit here was finally exhausted in 1953. The quarry, filled with water since, was listed on the National Register of Historic Places in 1986. 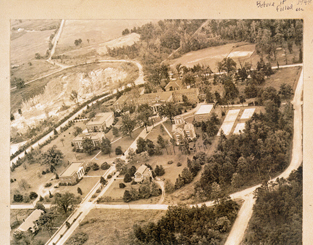 Aerial photo taken just before the quarry was filled with water. c. 1948 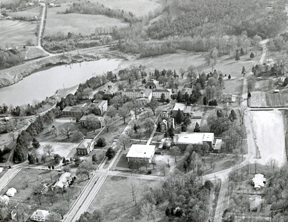 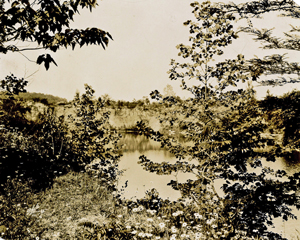 Photo of the quarry with daisies in the foreground. c. 1952 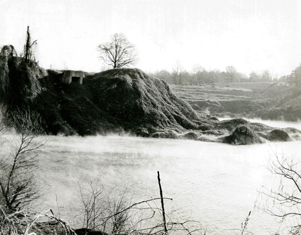 Another photo of the quarry filled with water. Date unknown.