Skip to main content
It looks like you're using Internet Explorer 11 or older. This website works best with modern browsers such as the latest versions of Chrome, Firefox, Safari, and Edge. If you continue with this browser, you may see unexpected results.

An historical examination of the attempted destruction of European Jewry in the Twentieth Century.

From Bitter Earth: Artists of the Holocaust

From Bitter Earth: Artists of the Holocaust

Antisemitism:Prejudice against or hatred of Jews — known as antisemitism — has plagued the world for more than 2,000 years. The Holocaust, the state-sponsored persecution and murder of European Jews by Nazi Germany and its collaborators between 1933 and 1945, is history’s most extreme example of antisemitism. Yet even in the aftermath of the Holocaust, antisemitism remains a continuing threat.

Voices on Antisemitism — A Podcast Series

Voices on Antisemitism features a broad range of perspectives about antisemitism and hatred today. 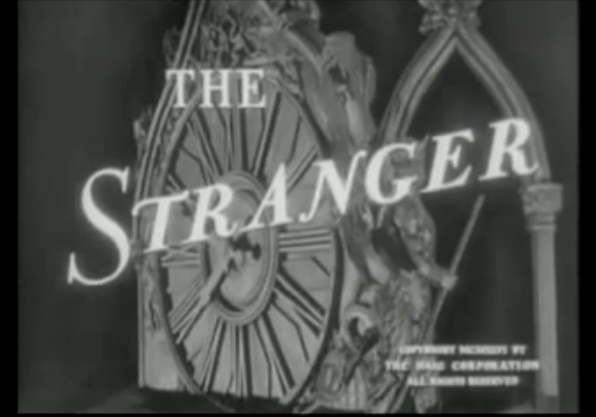 "The Stranger" - a 1946 film by (and starring) Orson Welles - is believed to be the first post-war movie to include newsreel clips of Nazi concentration camps.  It received an Academy-Award nomination for best screenplay.

The story features Franz Kindler, a former high-ranking Nazi (presumably modeled after Martin Bormann) who has escaped Germany.  Since no photos of him exist, Kindler is able to elude capture (and trial) by the War Crimes Commission.  Leaving Europe, he travels to America where he settles in a small Connecticut town.  As part of his new life, Kindler has a new name (Charles Rankin) and a new job (professor at a prep school).

Among various themes in this film, Orson Welles explores whether it is possible for evil to penetrate small-town life.  The question is no longer whether the "wolf is at the door."  The question is what happens when a small town opens the door, then lets the wolf in?  How could resident evil to so effortlessly move into, and become part of, the fabric of small-town life?


The entire film, now in the public domain, is shown here." Courtesy of Awesome Stories.